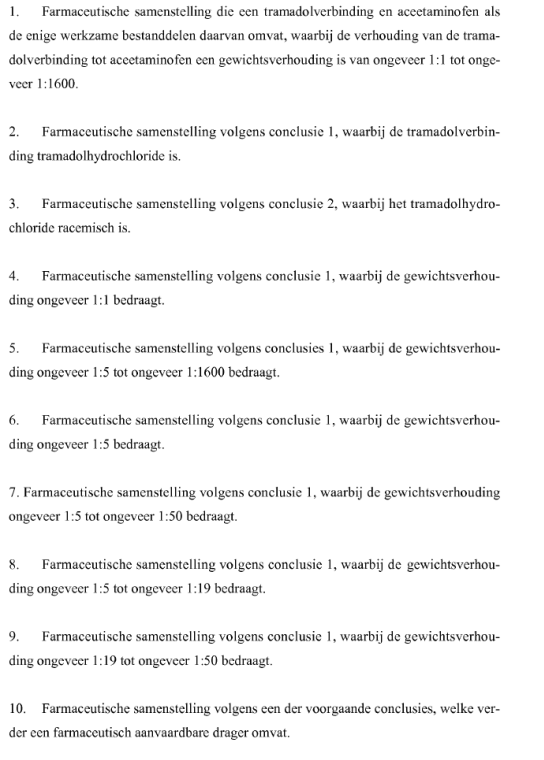 [0002] United States Patent No. 3,652,589 discloses a class of analgesic cycloalkanol-substituted phenol esters having a basic amine group in the cycloalkyl ring. The compound (…) tramadol, is specifically disclosed therein. A series of articles pertaining to the pharmacology, toxicology and clinical studies of tramadol (…) disclose that tramadol produces its analgesic effect through a mechanism that is neither fully opioid-like nor non-opioid-like.(…) clinical experience indicates that tramadol lacks many of the typical side effects of opioid agonists (…) tramadol's combination of non-opioid and opioid activity makes tramadol a very unique drug.

[0003] Opioids have for many years been used as analgesics to treat severe pain. They, however, produce undesirable side effects and as a result cannot be given repeatedly or at high doses.(…)

[0005] To reduce the side effect problems of opioids, opioids have been combined with other drugs including non-opioid analgesic agents, which lowers the amount of opioid needed to produce an equivalent degree of analgesia. It has been claimed that some of these combination products also have the advantage of producing a synergistic analgesic effect.(…)

[0007] The prior art, however, does not disclose that tramadol an 'atypical' opioid analgesic, can or should be combined with another analgesic to lessen the side effects of each or to yield a composition comprising a tramadol material and another analgesic that exhibits superadditive analgesia.

111. SUMMARY OF THE INVENTION

[0008] It has now been found that a tramadol material which includes various forms of tramadol as defined hereinafter can be combined with APAP to produce analgesia. The combination employs lesser amounts of both the tramadol material and APAP than would be necessary to produce the same amount of analgesia if either was used alone. By using lesser amounts of both drugs the side effects associated with each are reduced in number and degree. Surprisingly, the compositions comprising the tramadol material and APAP have been found to exhibit synergistic analgesic effects when combined in certain ratios. The compositions according to this invention may also be useful in treating tussive conditions.

alkaloids produce a number of serious side-effects. More particularly they possess a high degree of tolerance and

drug dependence. For this reason numerous attempts have been made to produce analgesic drugs which are

substantially free of these side-effects. However, none of these attempts met with complete success.(…)

cycloalkyl ring, which compounds are substantially free of the disadvantages of the known, above-mentioned compounds of similar structure. A further object of the present invention is to provide pharmaceutical compositions containing, as essential active drug, such phenol ethers.(…)

Tablets which are composed as follows are compared in

25 mg. of the hydrochloride of racemic l(e)-(m-methoxy 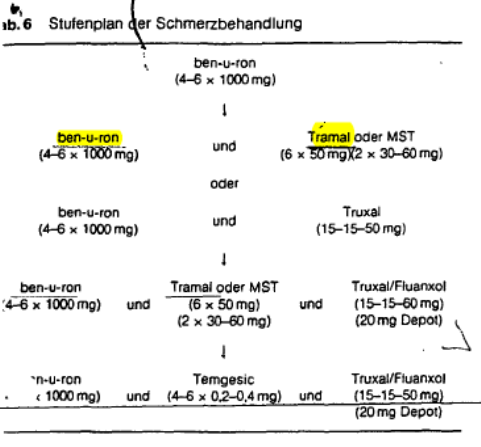