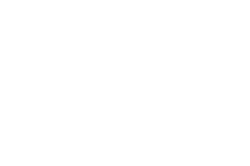 zonder bekende woon- of verblijfplaats in of buiten Nederland,

“On the basis of the procedures we have performed, because of the significance of the matters described in the findings paragraph, we can not conclude that there are no events or circumstances that have occurred in (the period between February 1, 2013 up to and including March 1, 2014) and have come to our attention that cause us to believe that the net effect of such events or circumstances as per March 1, 2014 might justify a higher price per share than the Offer Price per share.”

“This report is dated April 7, 2014 and takes into account events up to this date, when our fieldwork and analyses were substantially completed and when our first draft of the report has been discussed with Mediq on April 4, 2014. (…).

During our analysis we have considered several scenario’s. Taking into account the average EBITDA’s over the period 2014-2018 and the net debt position of EUR 245m indicate a total value range per share of the Offer Price to EUR 18.1 (…)

 Offer Price: with respect to this value analysis, we have regarded the Offer Price as the minimum value for the shares.

 Multiples Valuation: the strong increase in share prices of comparable companies result in higher observed Enterprise Value/EBITDA multiples. The underlying growth expectations for these comparable companies substantially exceed the expected growth in EBITDA at Mediq. Adjusted for these differences in growth expectation, the observed EV/EBITDAmultiples as per March 1, 2014 increased still substantially compared to the observed multiples as per February 1, 2013. This causes us to believe that higher prices are being paid for companies operating in the same industry as Mediq. (…) Taking into account the average EBITDA’s over the periode 2014-2018 and the net debt position of EUR 245m a value per share of EUR 14.0 - EUR 18.1 results.

 With respect to the multiple valuation, in our analysis we applied scenario’s for which we adjusted the peer group selection based on size, profitability, existence of major M&A activity, statistically significance beta and traded volumes. Based on the adjusted peer group selection we arrived at a value range of EUR 17.3 to EUR 18.1 per share.

Based on the observed results of the DCF and the market multiples, we arrive at an average of EUR 17 per share, which we apply as our point estimate for the Share price of Mediq as per March 1, 2014 (…)

A EUR 17 price per share is the result of changed market circumstances and events (…)”.